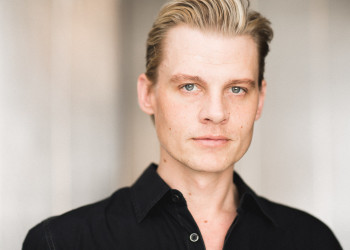 JEFFREY CARLSON has appeared on Broadway in The Goat, or Who is Sylvia; Tartuffe; and Taboo for which he was nominated for a Drama Desk Award.  His off-Broadway credits include Psycho Therapy (Cherry Lane Theatre), Antony and Cleopatra (Theatre for a New Audience), Bach at Leipzig (New York Theatre Workshop), Manuscript (Daryl Roth Theatre), Last Easter (MCC Theater), and Thief River (Signature Theatre Company).

His film and television credits include "Hitch," "The Killing Floor," "Backseat," "Happy End," "All My Children," "Plainsong," and "Law & Order: Special Victims Unit."  Mr. Carlson was the recipient of the 2004 Marian Seldes-Garson Kanin Fellowship and is a Beinecke Fellow at Yale School of Drama. Jeffrey is a graduate of The University of California, Davis, The Guthrie Theatre (Experience), and The Juilliard School.