ADR – What the heck is that?

ADR – What the heck is that? 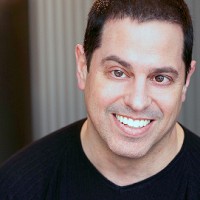 One of the biggest loves of my job is simply telling people just how we get stuff done.

Now I know I am not the only audio guy around, so my opinion and work practices may very well differ from someone else’s. However, with 27 years under my belt, I have had the opportunity to work in a variety of formats including ADR.

I’ve found that Radio and TV commercials, Corporate and Sales videos,  Episodic television and Films all require different approaches. Audio simply cannot be approached the same way for every format. But is audio the only approach that changes? Definitely not. The locations and sets, the filming style, the actors  and requirements of all of the crew is different for every format. Commercials can be shot fairly fast, edited, mixed and out to the public quickly. Radio spots? In a day. But longer format Film and Television will require much more work. The locations will be varied. The lighting will be varied. And the audio? Holy cow will it be varied. I have polished many a turd in the span of my career. Whether it be noise reduction, cleaning up edits, or taking care of problems the recordist didn’t hear, presenting great audio takes time. Unfortunately it also may require re-performing in some situations.

When an actor works on their first film or TV show, I’m sure it’s the last thing from their mind, but they may have to do some ADR. ADR stands for “Automated Dialogue Replacement”. Funny title actually, there is nothing really “automated” about it at all. The actor is the only one who can do it.

The actor must not only recreate their performance on the set, but also get near-perfect lip sync with the film. I have encountered many sorely pissed actors who had no idea there would be an expectation to do ADR. I have also had many that were told on the day of filming that they would have to do some due to the inability to record clean audio in the noisy environment they were in.

Noise sucks. I mean it. It sucks.

When you edit a film, every single time there is an audio edit, you may hear a shift in the noise. I have heard some fantastic audio mixers fix those transitions and make them as unobtrusive as possible to the listener, but it’s not always achievable. And the noise reduction tools audio engineers have today are absolutely astounding, but not a cure all. Bad is simply bad. Distorted is even worse. Basically, a problem is a problem.

As an observer, I do everything I can to help an actor recreate the performance (other than do it for them).

We can play the line many times in their headphones (In a very quiet recording booth) and then we have them read along with themselves a few times. They can get the speed of the line fairly quickly, but matching the energy and the original intent of the line may take a few more takes. But how the heck do they know when to start reading and be in perfect time? Now that’s a trick.

When performing ADR, the engineer will add a series of beeps before the line. It is common practice to use 3 beeps as a trigger for cuing the line for the actor. They will hear the beeps, One, Two, Three and on the imaginary fourth that they expected to hear, they will hear the line. After hearing it a few times it becomes straight-forward. Beep, Beep, Beep. Perform!

I say it’s a trick because it’s very easy to get caught up in the moment. Counting, listening to yourself, hearing yourself in such a quiet room, critiquing yourself in the film and having to focus on the needs of the line can all get in your way. Maybe the original line wasn’t clear or maybe you were talking over another actor. Maybe something was dropped in the background on set. Or in many cases, actors are adding lines to make sense for the listening audience. Either way, attention to detail will be in play. Actors shouldn’t get stressed if they end up doing a dozen takes of a line. (I’ve had some actors do two dozen). Not every line is going to be an easy fix. Short lines? Yes. Shouted lines? Yes. Emotional lines? Ummmm, have fun with that. The more pauses in a line, the harder it will be to re-create.

The enjoyable part is that an actor’s approach was for a reason and taking the time to re-connect with and re-create that reason is the joy of acting.

It commits the performance and, for us audio guys, gets a great quality recording to work with. We can then replace outdoor noise with lower level noise that stays out of they way. Bar scenes get re-created by getting the clean lines and then adding the bar crowd later. If the actors talked over each other and they both perform ADR, we can mix easily between them and have more control for the focal lines. With the ability to mix cleaner, clearer and re-capture those performances so close to the original that the listening audience will never know how we did…we can make movie magic.

Check out this article in Chicago Magazine about Dave and his work! Also, you can find our VO classes here!