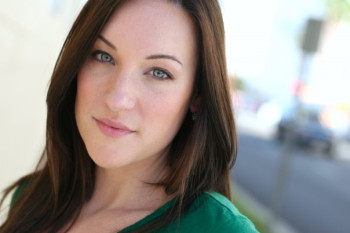 Amber was born and raised in Chicago where she pursued her love for the Performing Arts at a very young age. She graduated with her B.F.A in Acting from Columbia College and quickly delve into the bustling film and commercial industry while working in one of Chicago’s premier casting agencies.

Soon after, Amber moved to Los Angeles where she became the director of a large residential acting program dedicated to the education and performance of young adults. Her programs were invited to various showcases and film festivals throughout SoCal including; the Disneyland Resort Community Art Showcase, Universal Studio's Hollywood Performs, Santa Monica Pier JAMS, Knotts Berry Farm’s summer performance program, and the OC County Fair showcase. It was also in LA where she step behind the camera receiving producer credits for Hollywood Bound, Soul Drought, Cedar Sequoia International, and Camp-Off.

Amber then followed her passion for performance to New York City exploring immersive theatre and becoming a cast member and creative partner in Blackout the Experience. She was very excited when given the opportunity to involve herself with New York City's fashion week, working on both Victoria's Secret and Marc Jacob's runway.

Amber was fortunate enough to be invited abroad traveling to countries including; Dubai, Germany, Poland, Budapest, Prague, and Thailand creating and implementing workshops supporting young adults in their artistry. She is very good at creating an atmosphere of enthusiastic play-based learning in a safe environment where students are happy to explore and develop their performance skills.

In her spare time, Amber loves traveling, swimming, rollerskating, and feeding her adventurous side. She also is very dedicated to her craft, as well as continuing her own education in the Arts.