Rachael Patterson, Director of Acting Studio Chicago since 1995, has been teaching audition technique for film and commercials for thirty-one years.Formerly a partner in Brody/Patterson Casting, she cast numerous films, television pilots and commercials.

Rachael attended the University of Notre Dame where she majored in Theatre and Economics. She received her professional actor training at The American Conservatory Theatre in San Francisco. Rachael worked professionally in theatre in the San Francisco Bay Area and at the Denver Center Theatre Company.

At Acting Studio Chicago Rachael specializes in teaching on camera technique for theatrically trained actors. Using the 12 Guideposts delineated by Michael Shurtleff, Rachael emphasizes personalization, relationship and action in her work. She works to give her students the script analysis skills for film, television and commercial so that they learn how to work truthfully and with specificity.

In addition to her work at ASC, Rachael is an Adjunct Professor at The Theatre School at DePaul University, where she has been teaching both Acting for the Camera and Audition/Professional Prep to graduating BFA Acting candidates for eleven years. She also co-taught the On Camera Audition Class in the BFA program at University of Illinois at Chicago for four years.  Workshops for additional schools include Northern Illinois Univ., Perdue, New Trier High School, Highland Park High School and the Chicago Academy of the Arts.

Rachael is recommended by Chicago Agents and coaches actors of all ages preparing them for theatre, film, television and commercial auditions.

"Chicagoland actors who wish to get a heads up on basics (and beyond) of what to expect when auditioning -- and booking -- a Guest/Co Star role in TV, they'd do well to take ASC's "Nail The Guest Star Audition" master class with Jerry Kernion!"  Isabell Bernard 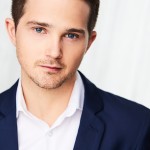 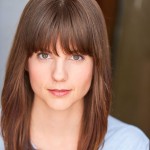