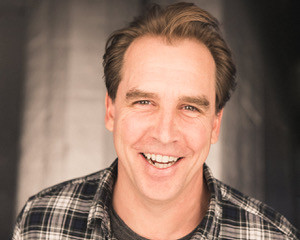 A seasoned television, film, and theater actor, Ryan Kitley continues to make his mark as a leading man on screens and stages around the country. He has worked in Chicago and LA for nearly three decades as an actor and an instructor. Film and television credits include Proven Innocent, Chicago Fire, Chicago PD, Boss, Detroit 1-8-7, Guidance, Turks, Early Edition, Miss March, Soul Survivors, Barbershop II, San Gabriel, among many others. As a voiceover artist, Ryan's clients include Lucasarts, Blue Cross, Sears, Bayer, Quicken Loans, Western Union, Red Box, Deloitte, to name a few. Theatre credits include major roles at Goodman Theatre, Writers' Theatre, Provision Theatre, The Matrix Theater, Colony Theater, The Organic Theatre, Mercury Theatre, Chicago Shakespeare Theatre, Shattered Globe Theatre, The Piven Theatre Workshop, Theatre at the Center, Meadow Brook Theatre, and The Royal George. He was nominated for "best actor" in the 2015 film Guidance directed by Josh Wolff. He received two Jeff Citation nominations for his role as Nick in Who's Afraid of Virginia Woolf? and Austin in The Big Funk. Ryan has worked as a teaching artist for many acting schools and programs in Chicago and LA. Most recently, he produced and acted in the short film Gray Area which will be screened at film festivals nationwide. www.ryankitley.com