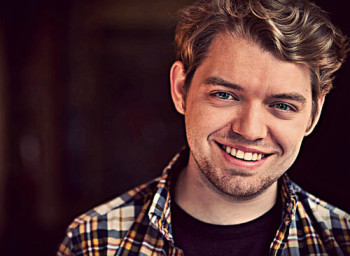 Spenser is an award-winning writer-director, raised in Northwestern Arkansas and currently living in Chicago. He was the 2020/21 Michael Maggio Directing Fellow at The Goodman Theatre, where he is currently assistant directing Bob Falls on Rebecca Gilman's newest play, Swing State.

His honors include the B. Iden Payne Best Director Award, the M. Elizabeth Osborn Award from the American Theatre Critics Association, the Joseph Jefferson Award for Best Director, and being named finalist for the Harold and Mimi steinberg/ATCA New Play Award. His newest play A Million Tiny Pieces was commissioned by South Coast Repertory and has been developed through both the Pacific Playwrights Fest and the Colorado New Play Festival. His production of At The Table was listed as "One of the Year's Best Shows" by Chicago Tribune and "One of the Best Plays of the Decade" by Storefront Rebellion.

Spenser's other plays include, Plainclothes, Primer, Merge, and the critically acclaimed virtual play, The Spin. His short plays have been produced around the world and published by Smith & Kraus. His first television pilot, Knox County Nights was a Finalist at the 2021 Austin Film Festival and he is currently in development with Orion Television.

Teaching experience includes serving as one of Northwestern University, the National Society of Arts and Letters, the University of Chicago, and a teaching artist with American Theatre Company. He regularly partners with the Vagabond School of the Arts, writing custom monologues.

He lives in Chicago with his awesome spouse E and two ridiculous cats. He is proud to be represented by both WME and Heroes and Villains Entertainment. 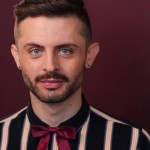 Spenser (Davis) did a fantastic job with this class! With every topic, class discussion, and scene feedback session, he took the time to understand our own experiences and build upon them from his own wealth of knowledge. I feel far more prepared to jump into new work with the tools and insight gained from this class. There isn’t a component I didn’t like. From our first class where we broke down different theories, to Q&A sessions with guest speakers. I really enjoyed it! (Attacking New Work Master Class) 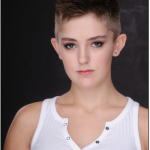 Spenser (Davis) is an amazing instructor who brings a wealth of knowledge and experience to the class. He brings out the best work in students and leads great discussions about the application of everything we discover together in class. (Attacking New Work Master Class)