Your agent calls, says you have an appointment and will be auditioning for a film. Your first film audition…yikes! What should you expect? Well, first of all, if you have been called for an audition, someone thinks that you – not your version of somebody else -but you are a real

possibility for the role. So with that in mind, how should you proceed? You need to keep your  power in the process, and understand your job as an actor and the questions that you should ask. Jane Alderman says that many actors don’t feel worthy enough to ask for all of the information of their agents. She reminds actors that “You are trying to get a job…you can ask questions.”

The Nuts and Bolts:

When you get a call from your agent, you should be prepared. Jane Alderman suggests that you keep a pad of paper and a check list by the phone. You should get the following information: where and when the audition will take place, what the callback and shoot dates are, and who is directing and/or producing. Knowing about the key players will help you do your homework. You can research their film credits and get a sense of the kind of projects they have worked on in the past.

Check out the Internet Movie Data Base, it’s a great website where you can check out folks’ credits. Are you auditioning for a Michael Mann film or for Ron Howard or John Hughes or David Lynch? Knowing that alone begins to give you a sense of the potential world of the film. If you have an audition for a television film or an episodic, knowing what the network is can also help. The WB tends to be hip and trendy with an emphasis on sex appeal, whereas HBO is often darker, edgier, and you get to talk dirty.

Ask if there is a full script available at the casting director’s office that you can go and read. It’s a SAG (Screen Actors Guild) rule that the script is available to actors 24 hours prior to the audition. Reading the full script is especially helpful if you are auditioning for a functionary role, such as a nurse or bartender; it aids your preparation to know if you are working in a hip café in Greenwich Village or in a truck stop in Oklahoma in the   30’s. “Preparation is key,” says Mickie Paskal of PR Casting. You need to understand your role in the world of the film and where you fit. If you are auditioning for Cop #1, make sure you are believable as a cop, as well as make an interesting choice. Remember that the film is not a showcase for Cop #1.

You can also ask who will be at the audition and whether it’s a table read with the casting director or if you will be taped. When you get your script read the scene carefully. Don’t assume that pages have been faxed or stapled in the correct order. Call and ask your agent if the pages seem out of order or if the scene doesn’t make sense.

Now that you know what to expect in the room, it’s time to trust your instincts and begin to prepare your scene and make choices. It’s vital that “You don’t worry about camera rules that don’t exist,” says Alderman. The primary difference between stage and screen is an adjustment of focus. On camera you no longer have an obligation to an audience. You now have only one eyeball looking at you, not an audience of 700. And that one eyeball, the camera, picks up what you think. Remember, on camera you are most interesting when you are seen listening and thinking. A good screen actor is one who is always thinking (inner monologue) and processing what they are receiving. This adjustment, however, doesn’t mean that you cannot move.

Phrases such as “Less is more” or “Bring it down” or “You’re too big for the camera” tend to paralyze actors. You must have a physical life and “Fill the frame.”You can turn away from the camera, touch your face, bring your hands into the frame, you can move, you can physicalize your intentions. If the script says that you slap your partner or kiss them you can raise your hand as though to slap or you can respond as though you have just been kissed. A good question to ask prior to being taped is “What is my frame?” The size of the frame (usually a medium shot, a bit above the waist in a film audition) will indicate the size of your read and how physical you can be.

If you are framed chest up, it “looks” as though your partner is just an arm’s length away from you. It’s as though you are sitting across the kitchen table, even though the reader is standing behind the camera, half way across the room.

With all this in mind, Patrick Tucker advises in his book The Secrets of Screen Acting that if you are told in an audition to “Bring it down,” do nothing but lower your volume and the auditor will almost always be pleased. 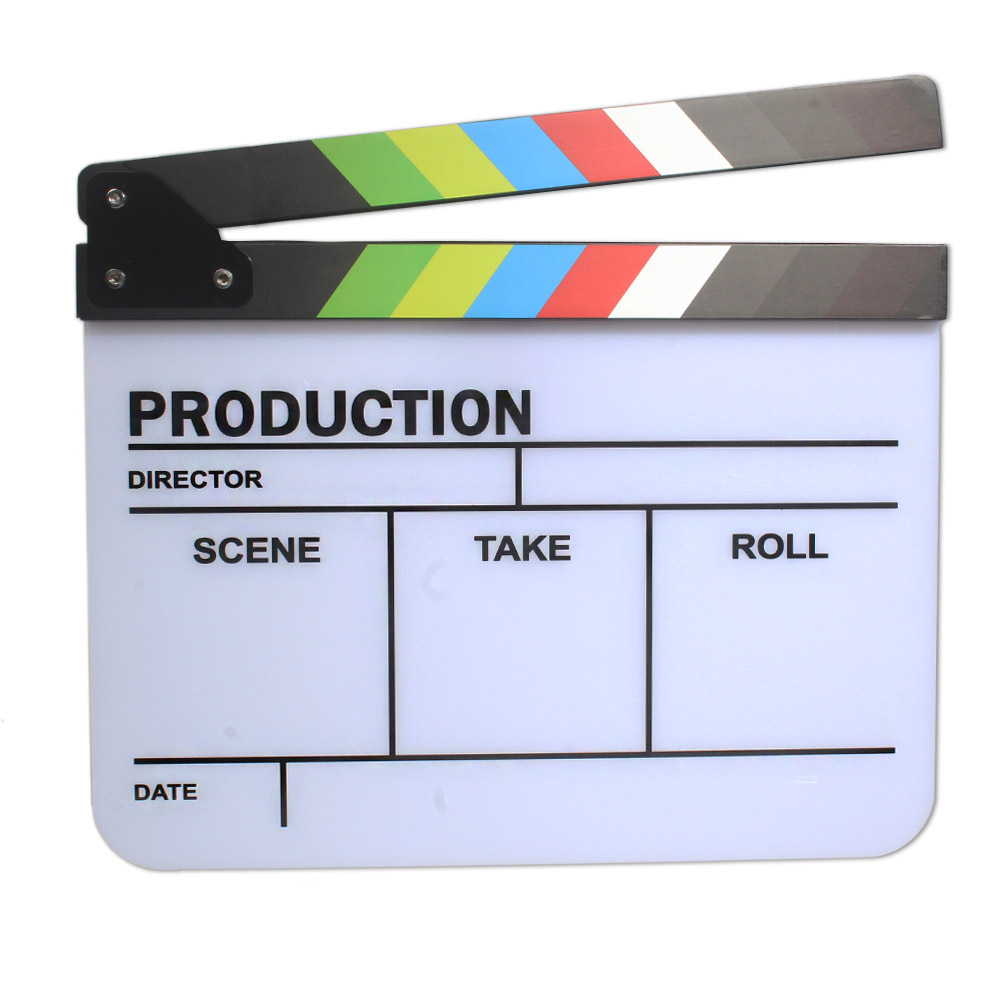 Don’t make the mistake of decreasing your physicality or sense of importance in the scene.

I find that in coaching actors for auditions and working with theater-trained actors in class that a lack of importance and personalization are the most consistent acting problems. Actors are often surprised when they see the tape; they often say that “It felt like I was doing so much, and on the tape I’m not doing nearly enough.” Mickie Paskal urges the actor to “Go further, personalize more deeply, and find more specific images.”

Mickie also says that it is vital to “Be alive and involved in the scene, before the camera is rolling. It seems false when we see an actor ‘get ready’ on film.”

Jane Brody, a well known Chicago Casting Director and teacher for many years said, “Risk preparing.” What follows is a distillation of the Guideposts, discussed in Michael Shurtleff’s book Audition, and which give you a way to approach your scene.

Don’t start to read from the point of innocence. Instead start to read, FOR THE FIRST TIME, having this foreknowledge: “This is a film about me in a love relationship. What is my problem with the other person and what am I going to do in order to solve that problem, today.”

This is a film about me…this means you must personalize. When talking about the scene say “I” rather than he or she. You must use yourself, the BIG YOU (not just your everyday boring self), but YOU in the given circumstances of the scene.

…in a love relationship…This means you must explore the need that exists in every relationship, Love means need, not necessarily “romantic” love. Think about what you love/admire/envy/desire about the other person. This is what keeps you in the scene. The scene is sometimes about the terms of the love. My mother is overbearing and critical and I want her to love me as a warm and fuzzy, girl scout leader, cookie baking, affectionate mommy. The love in the scene may be the lack of love, or her inability to love me the way I need her to. Today is the day where if she loved me she would treat me like a princess instead of Cinderella.

“…what is my problem with the other person.” (This is the conflict.)

The script exists on two levels. There is the script, the text/the lines/the plot/the situation. Beneath the script is the subtext, relationship. This is what we play…not the situation, but rather the relationship. The relationship is defined by my history with the other person and the conflict. I am always  searching for the essential problem in the relationship, the ongoing problem, the personality problem, the deep, grave and constant problem. The problem that is   always with the other person, i.e. they are: 1) too judgmental, 2) too immature and   never take responsibility, 3) a control freak making them completely rigid and   anal,  4) such a dreamer, never being realistic 5) practical and never take risks. The   problem is not that their car broke down. Sometimes what draws you to someone   is  also what drives you crazy about them. The solution to the problem is THE  FIGHTING FOR, i.e., if you loved me you would: 1) be more open minded 2) grow up and take responsibility 3) loosen up 4) come back to earth and plant your feet on the ground 5) take a risk and jump off of the high dive. 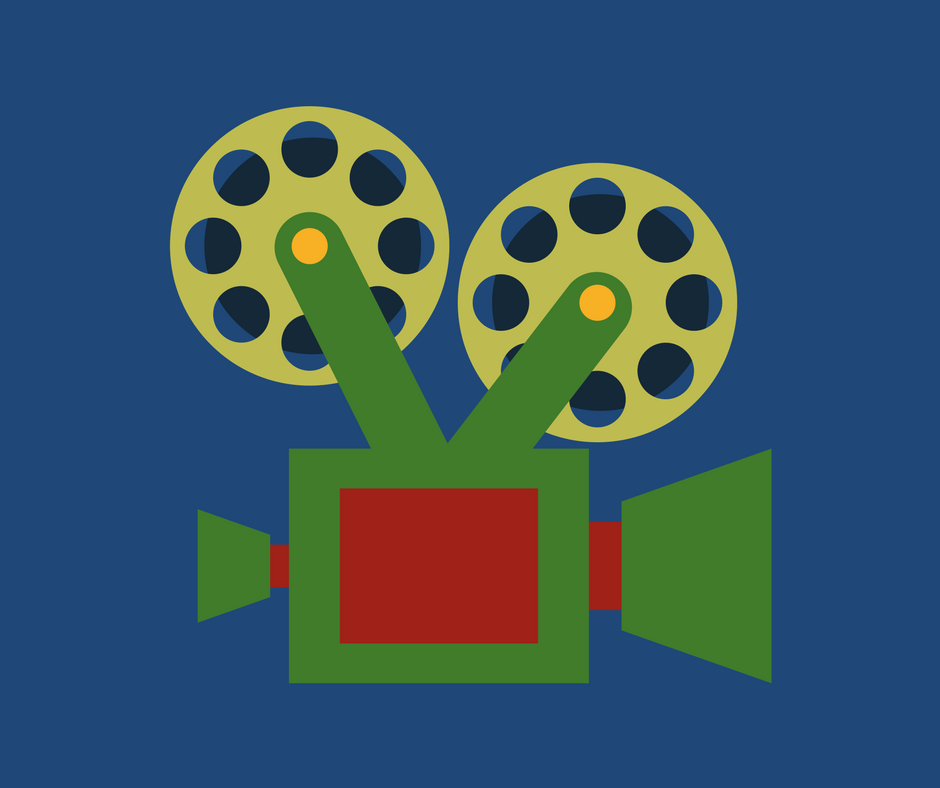 “…Today.” This makes the scene important. “Today is the day I stay and fight, when formerly I fled.” Ask yourself, “Why must I get what I am fighting for today?” (My dream is to make a wonderful, creative and loving life with this man. He’s brilliant and caring, but I won’t be able to settle down with him and have my dream while he’s irresponsible and unwilling to commit. Today I found out that I am pregnant [my secret] therefore I must change him into a man that will take responsibility and commit to me today.)

And remember, the folks you are auditioning for are people who are on your side and really want to cast their project, so…..

Take Risks and Have Fun!

This article was written by Rachael Patterson and appeared in the fifth edition of The Book – An Actor’s Guide to Chicago, Published by Performink Books, Ltd.