Movement For The Lens

Misconceptions of Movement, Dang It!

There’s a misconception about on-camera acting out there in the universe that I think needs to be dispelled. There’s this general feeling/idea/thought that you have to stay frozen and barely move, and talk really, really quietly. Actors want so badly to come off as real and authentic, that I’m finding that some actors get locked into an unmovable position once they hit their mark and start their audition. This stance and energy can leave your performance – body, voice, and emotions – TOO locked. In fact, it’s actually doing the opposite of the actors’ original intent, that they want to come across as real. Movement is key.

But Let’s Be Clear, Friends

Yes, it’s important to stay grounded and strong. No, we don’t want you to bop all over the lens like you are on a ship at sea. Yes, there’s a level of intimacy and vocal tone actors have to have for on-camera acting but don’t be so quiet that we can barely hear you. On the flip side, don’t be so loud that you come across as mistaking the on-camera audition for a play on stage.

Yes, sometimes you will just stand and perform- but don’t just stand there and say your lines flatly. If you don’t personalize and make the material yours, it will come across as boring, or what I call “the gray area of nothing.” Create moments, beats, shifts, changes in breath, in eyelines, body positions, etc. No, we don’t want you to slow down the scene with too many extraneous movements or get too complicated about it. 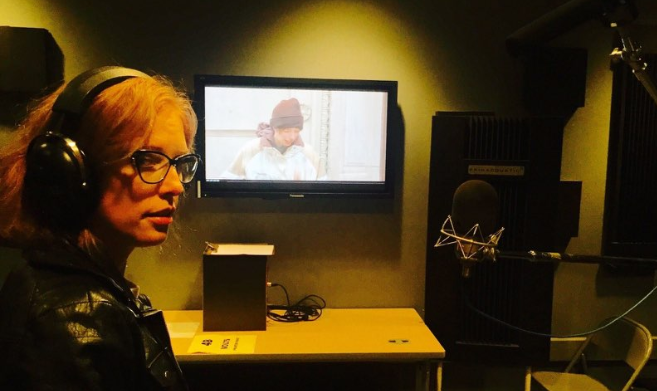 Yes, I only mean movement that’s motivated and that’s appropriate for the scene.

Wait, What Am I Talking About?

I’m talking about simple, suggested movement for the lens. Not big, huge crazy stuff, unless you have an audition that requires you to make big physical choices. Claire Simon casts several shows where people get trapped in weird places or get hurt very badly (Chicago Fire, Chicago PD). While in a class I teach, “Rock the Callback,” at Acting Studio Chicago, we were grateful to have Claire recently as an industry guest. After watching the actors audition, she said that sometimes actors won’t go far enough in their physical choices. (Ex. A knife is being pointed at your face and you are only kind of affected by it. Ex. Your legs are crushed in a car and it only sort of hurts you.) Actors, you gotta bring that emotional life and that can only happen when the mind and body are working together.   I was happy to hear her point-of-view on movement. She embraces this concept, in a big way, maybe even more than me. Interestingly, as an on-camera acting teacher and coach, I often find it’s hard to get actors to jump on board with this concept. I think it goes back to the fearful-must-not-move-must-be-quiet concept.

But Having Said That, Friends:

No, we don’t want you to turn into a mime.

No, we don’t want your hands all up in your face.

Movement Before Your Scene

The moment before your scene can often be physicalized into a simple movement. If you are auditioning for a “functionary” role ex. the nurse, the cop, the waiter,  it may make a lot of sense to have a small piece of business that takes you into the scene. Small, suggested, minimal. Nothing over the top. Ex. A cop enters a scene and finds dead bodies in front of her. The actor auditioning for the cop could choose the enter the scene, hitting their mark, and then discovering, adding a couple of eyelines, the dead bodies 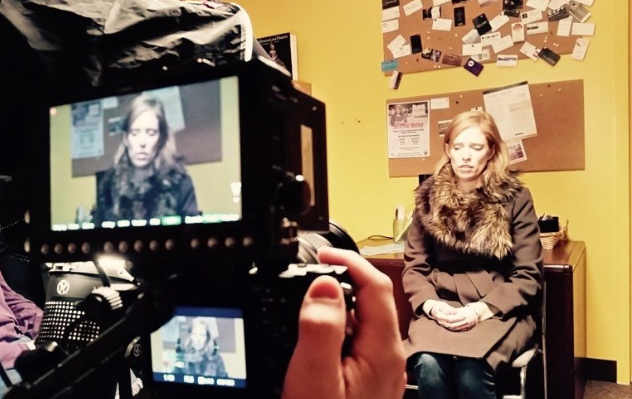 around her, before saying their first line. Say you don’t enter the scene, that happens a lot. You start the scene with dialogue and nothing is written in the scene about any activity you could possibly be doing. Yes, sometimes it feels good to just simply take a beat, maybe a deep breath,  maybe have an internal thought, connect to your reader, hear your imaginary partner in your scene say something that motivates you to then deliver the lines as real and truthful as you can. I would suggest that an actor still thinks of that moment before as also a movement before. Why? Too often actors rush from the slate to the scene. If actors aren’t required to slate, they still start the scene way too fast. How can you fully be in a scene right from the top of it, when you don’t give yourself enough time, energy and focus to get there and be ready? Claire Simon suggested to several students to start off with a physicalization – whether it was entering a scene with specific energy (not just standing there waiting) or doing something described in the sides (ex. looking through old records, working at a computer, looking at post-it notes, etc.) The idea behind it being, when actors physicalize their moment before, it gives them something to do, and takes the pressure off of them in a way, it puts them physically, and I believe mentally, more in the scene. It also helps with nerves.

Movement During A Scene

Movement during a scene, if needed and makes sense in the text, helps performance and choices. For example, sitting, then standing. (Just make sure you tell the camera operator your intent so they don’t cut off part of your face off during the taping.) If an actor is reading multiple scenes, to make sure each one has a different energy to it, physicalizing the change between scenes can help. It could be as simple as a shift in your chair, the way you breathe, a change in eyelines. When you couple the physical with the inner life, magic can happen.

Movement at the end of your scene, aka Your Button 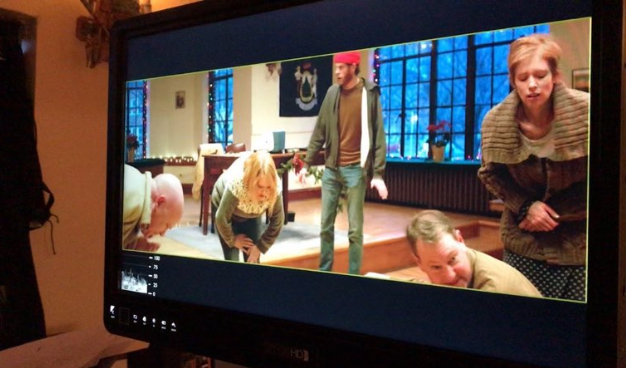 Having movement at the end of your scene I believe is crucial. Why? No one stays frozen after they say something. This movement could be you exiting the scene if warranted. It could mean a shift where you are looking, a new internal or external discovery, as simple as a shift in your eyeline. You could go back to looking at your desk or go back to working whatever your job is in the text. If you stay frozen at the end of your scene it actually pulls me out of your audition.  Remember this is the last chance for the viewer watching to see you do your thing.  Leave them with an interesting last moment.

Every Casting Director is Different

It’s true, every Casting Director has preferences as to what they like in the room. You might ask if you can sit and then stand, they might say, just stand or just sit. I do think that overall, every CD out there does want to see a fully realized performance. I believe that can only happen when we breathe and stop cutting ourselves off from our bodies. If you are doing it right, the simple movements you create in your audition will help enhance, not hurt or distract from your read. Again, I’m not saying drop and do a somersault in the room (someone actually did that in an audition I was holding!) but I am saying to loosen up a bit, unless you’re playing a real tight ass.

Break a leg everyone (But again, don’t go that far!)

Adria Dawn is a co-founder of Revealing Media Group, which works with young actors and makes the series Kids Matter: Inside the Minds of Tweens and Teens. Now in its seventh installment, these educationally distributed films focus on social change.  Adria has taught workshops or spoken at SAG-AFTRA Chicago, Franklin Arts Center, University of Michigan, DePaul University, 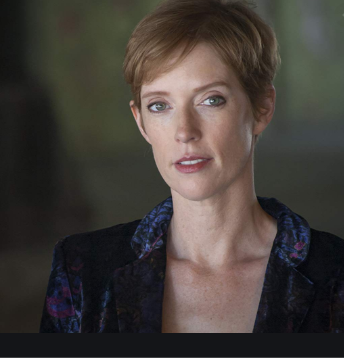 Loyola University, Columbia College Chicago, University of Illinois at Urbana-Champaign, New Trier High School, Chicago High School for the Arts, Chicago Screenwriters Network, Camp Hollywood in Portland, Oregon, Southside School, Champaign, IL, Chicago Acting in Film, The Chicago Artists Coalition, Deerfield High School, Gray Talent Group, and The Illinois High School Theatre Festival. As a film and television actor, Adria spent a decade in Los Angeles where she earned a “Gutsiest Actor on Television” nomination. She continues to expand her roster of film credits in the Midwest, working both in front of and behind the camera.

Please visit AdriaDawn.com to get to know her more!