Why Voice Over Work?

There are more reasons than you think!

Why voiceover work? People come to the voiceover business for a few common reasons.

The good news is having a voice over career can deliver on all these wishes but along the way, you may learn other essential lessons that will help in life, period.

By learning how you speak, the rhythm and speed, tone and inflection you become a better speaker and more in control of your words. A local NBC news reporter told me she now reads her stories faster and with more meaning due to my class.

This means words flowing easily from your mouth, and not projected through volume or loudness like on a stage but fired off through a more closed mouth to get more bang for your time buck. This helps you get rid of all time issues with a script and deliver the true essence of your voice over their words, like a great painter moving his brush precisely to create on the canvas the visual imagined in his or her mind.  No wasted motion, no wasted time.

As cliché as this may sound, I found my true voice through doing voiceover work. Before I was officially in the business, many of my comedy cohorts and local producers liked my voice talents. 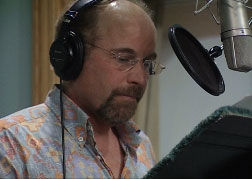 I was a Robin Williams like whirling dervish, doing stream of consciousness reads and high energy characters. Later, a local producer in town, Mindy Verson saw the other side of my personality, the quieter, slower more intense part. When I was not on, I was this guy, many times still am. She urged me to delve into this more monotone quieter side and my career exploded because of it.

My students often come into my classes with high energy rapid fire reads. They tend to stumble around the words because they are simply talking too fast. As they slow down, and accordion or stretch out the way they speak, they notice something dramatic.

They too have a quieter, slower, more meaningful voice to use in voiceover work. In class, they learn to speak from this slower, quieter place and the magic begins. They are more than the sped-up default voice they use in life. They now have options to offer to prospective agencies and clients.

This is perhaps the most powerful reason to start a voiceover career: It fulfills a long-held dream. Taking a class or two, learning the business and setting up your home recording area to compete for work is a powerful moment for students.

You did it!! You gave yourself permission to move forward against the tsunami of doubts from family, friends, and most of all YOU! Even if you don’t get cast as much as you like ( that is all of us!) you believed in your self and took action. That is amazing!! 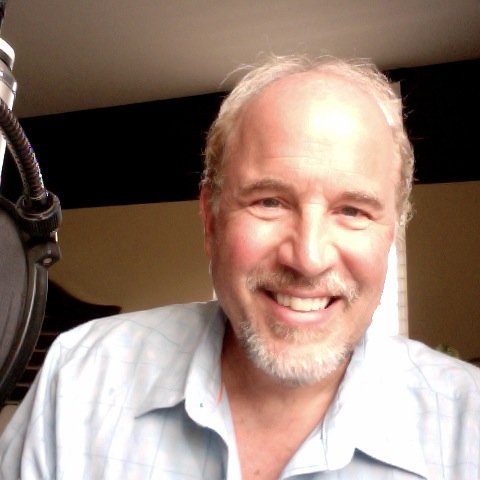 So take a class and get someone one-on-one coaching too. Read my book Ultimate Voiceover. Get started if this is your goal and dream. There is no prize for delay and no happy story to tell by never trying. So many people have taken action and YOU CAN TOO!

I’m always happy to help and here if you need me. Buona Fortuna!

Jeff Lupetin has been a national voiceover talent for over 30 years and a teacher for 16 years. Check out his voice content on JeffsVO.com and his teacher tips on Ultimate Voiceover.com. His book, Ultimate Voiceover is available at Acting Studio Chicago and on Amazon as a paperback or e-book. Jeff was honored at the Museum of Broadcasting in Chicago for his many animated characters for McDonalds and various Raid bug characters for SC Johnson and Proctor and Gamble. In the past, Jeff has voiced nationally for Off products and Coors Extra Gold, winning the Fairfax Cone award for excellence. His character work includes national spots for Raid as one of the infamous Raid bugs and as “I am Hungry” for McDonalds. Locally, Jeff was the Lotto Wizard for the Illinois Lottery. Jeff hails from Ossining, NY and graduated from Northwestern University with a Radio-TV-Film degree. He is a Jeff Citation winner for the improvisational review, “MegaFun” with the Practical Theater company at Second City ETC.