ADAM BELCUORE is currently the Managing Producer of Chicago’s Tony Award winning Goodman Theatre.  Since beginning his career at The Goodman in 1998, Adam has worked with some of the nation’s top directors casting and producing a wide array of projects including classics, new works, and musicals. As a Casting Director, some of his favorite projects include: Robert Falls’ productions of King Lear starring Stacy Keach and The Iceman Cometh, starring Nathan Lane and Brian Dennehy, as well as Mary Zimmerman’s production of Disney’s The Jungle Book, Calixto Bieto’s Camino Real, Philip Seymour Hoffman’s production of The Long Red Road, Chinglish by David Henry Hwang and many, many more.  As a freelance casting director, he has had the pleasure of working with many other great theatres such as Actors Theatre of Louisville, Seattle Children's Theatre, Seattle Repertory Company, The Alley Theatre, Northlight Theatre, About Face Theatre Company, and Chicago Children's Theatre.

As a former director, he received the first SDCF Mike Ockrent Fellowship, through which he assisted Harold Prince on Steven Sondheim’s musical Bounce.  He subsequently assisted Mr. Prince on Hollywood Arms, the autobiographical play by Carol Burnett and Carrie Hamilton.    He is a founding member of Serendipity Theatre Collective and served as Artistic Director until 2005.  His STC directing credits include:  365day/365 plays, by Suzan Lori Parks; Delores Dogan, by Courtney Shaughnessy; Alcatraz by Al Letizia; and Travelogue, by Zac Richardson.  During his tenure he conceived of and produced 2nd Story, a hybrid storytelling, wine, and music event that has since become the company’s new name and primary practice.  He currently serves on 2nd Story’s advisory board. 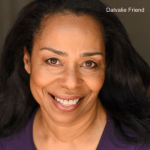 The Theatre Audition Workshop with Adam Belcuore is an absolute essential for any actor seeking to gain insight into the dynamics of auditioning. Mr. Belcuore is eloquent in his presentation and succinct in his ability to assist actors with honing in on their craft. He has the unique ability to address the nuances of the audition experience, from the minute one enters the audition space to the end of the entire process. It comes with my highest recommendation.