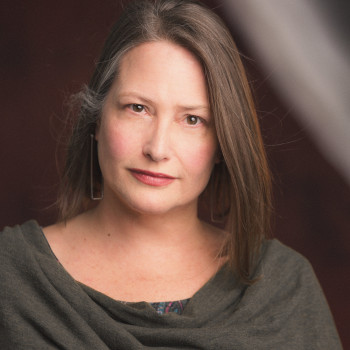 Deb Doetzer is a proud member of SAG-AFTRA and AEA. She is represented
exclusively by Stewart Talent in both Chicago and New York and has an extensive list of
voice-over credits to her name: national and regional radio and television campaigns for
Serta, Samsung, BCBS, State Farm, SC Johnson, McDonald’s, Kraft, Breakstone and
Cars.com to highlight just a few.
During lockdown, Deb recorded the role of Gwendolyn Clawthorne for Disney’s
animated series The Owl House from her closet studio! She is featured on 3 episodes
in Season 2. She has been an SC Johnson Scrubbing Bubble, a super-hot warrior
woman on the game Dao Feng: Fist of the Lotus, a talking cashew for Fisher Nuts, a
ditzy penguin on an animated short for SeaWorld, a witch on a Skittles Halloween
commercial as well as being heard on many an interactive VTech toy. She has lent her
voice talents to the interactive games Red Faction (PA Announcer), Watch Dogs
(various) and Injustice: Gods Among Us as the Narrator.
Deb has been the voice of EMMI for healthcare advocate Wolters Kluwer for close to 2
decades, where she voices healthcare modules and IVR-S.
Deb started her career doing improv and sketch comedy and stage: most notably the
longest running non-musical in American Theater history Shear Madness in both
Chicago and Boston. She began her career with Boston based Improv comedy troupe
Guilty Children and then went on to write and perform with fellow Guilty Children alum
in the sketch comedy troupe The Other White Meat, to high critical acclaim in both
Boston and NYC. Deb was also a long time member of Chicago’s lauded Rivendell
Theatre Ensemble.
Along with being a faculty member of ASC since 2000, Deb is an adjunct professor at
both Columbia College Chicago and the Theater School at Depaul University.
Additionally, Deb has been a judge since 2013 for the SOVAS: Voice Arts Awards and
has been hailed by Backstage.com as Chicago’s top voiceover coach.
An East Coast transplant, Deb raised her two sons and three cats in Chicago and
misses real NY style pizza on the reg–and her sons as they are both now East Coast
transplants! 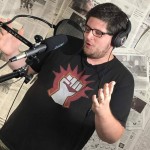 This class (Work Out With The Pros - Advanced Voiceover Skills - Deb Doetzer) is excellent! You're working with professional Voiceover artists who know the industry and who have practical experience. The feedback was always constructive and helpful to my growth as an actor!