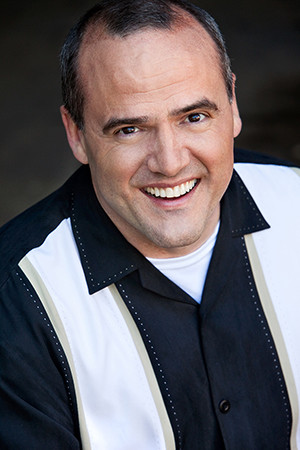 Norman graduated with a degree in Theater from Michigan State University, and has been teaching Voiceover for over a decade. He is happy to return to Acting Studio Chicago as a teacher, having taken many excellent classes here as a student.

He has been a professional actor for over twenty-five years, is a proud member of SAG, AFTRA, and AEA, and has done voiceovers for radio and television, on-camera industrials, and numerous commercials, including two Super Bowl spots. On television, he has appeared in the NBC series Chicago Fire, Chicago PD and the CBS series Early Edition.  He has performed in many Chicago-area theaters including Chicago Shakespeare Theatre, Theatre at the Center, Court Theatre, Marriott Lincolnshire, Drury Lane Oakbrook, and Chicago Dramatists.

Learn what this voiceover thing is all about

The voiceover script examples were perfect. They really helped to expand my learning experience. The time spent in the CRC was priceless. (Norm Boucher's Beginning Voiceover Combo)

Norm Boucher's (Beginning Voiceover Online) gave real-life examples and useful techniques. I appreciated the breath of his professional experience and his ability to effectively communicate that to a bunch of newbies.

Norm (Boucher — Beginning Voiceover Online) was prompt, engaging, and thoughtful with his critique. And a good sense of humor, which is always a plus!

Norm (Boucher — Beginning Voiceover Online) was a great VO coach! He was just what I was looking for in a professional VO talent and coach. The class was great from beginning to end.