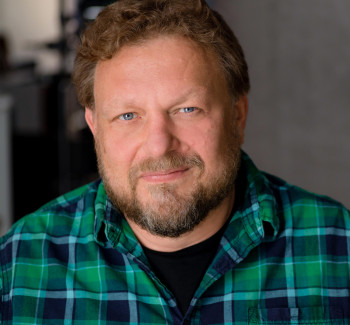 Jack Bronis most recently finished performing the role of The Father in a tour of Andrew Hinderaker’s The Magic Play, at The Actors Theatre of Louisville, Portland Center Stage at the Armory in Portland, Oregon, and Syracuse Stage in Syracuse, New York. He is proud to have been a founding member of The Noble Fool Theater, performing in various shows including Steve Martin’s adaptation of The Underpants, Roasting Chestnuts, Flanagan’s Wake, and The Baritones, among other shows. He wrote the book and lyrics for Vikings- A Musical in Two Axe for Noble Fool (which was brilliantly directed by ASC’s own Linda Gillum). He is a longtime faculty member of Acting Studio Chicago and has also taught improvisation, writing and stand-up at The Second City for over two decades. He conceived and was the original director for the long-running Flanagan’s Wake, which he has directed in Chicago at various venues including The Noble Fool, The Royal George, The Improv Institute, and Chicago Theatreworks, in addition to having directed productions in Rochester, New York, New Orleans, and Minneapolis. He also directed Rick Almada’s one-man tour-de-force farce The Paradox of Insanity, I Mean, Humanity, and Nolen & Nolen in The Science of Love. Film and television roles include Chicago Fire, Early Edition, The Playboy Club, Unsolved Mysteries, America’s Most Wanted, Chicago Overcoat, The Last Rites of Joe May, Dirty Work, Best if Used By, The Package, and Jeri’s Grill.

LEVEL 1 INTRODUCTION TO SHURTLEFF: IN PERSON

The perfect place to start your training. 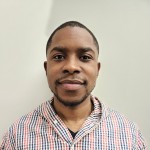 I truly enjoyed my experiences in Level 1 and I am looking forward to continuing my training at ASC! The feedback provided was priceless and specific enough for me to be able to apply it in real-time. Jack Bronis pointed out areas that I didn't know needed improvement; areas that manifested based on my personality e.g. vocal volume, movement etc. He reminded me that while acting, I have to bring the emotions to life. Thank you Jack!

His (Jack Bronis — Level 1 Introduction to Shurtleff: Online) feedback was specific and helpful, and delivered with honesty and compassion. I think he did a great job of meeting us where we are but also pushing us to grow. He also worked within the bounds of the Zoom/remote format well!

He (Jack Bronis — Improv For Actors: Online) is great! He gave great advice and was very supportive!

This is my second time taking a class with Jack (Bronis — Improv For Actors: Online), and he always strikes a great balance between challenging us and never giving us more than we can handle. He also made the class fun by using a variety of improv games and strategies whenever we perform a scene, and he helped us become comfortable with one another in a short amount of time.

He (Jack Bronis - Level 1 Introduction to Shurtleff: Online) was very supportive of everyone's talents, and his criticisms were always constructive.

Jack (Bronis - Level 1 Introduction to Shurtleff: Online) was very welcoming and encouraging to someone like me who had no previous experience with acting.

(Jack Bronis-Level I online)  was thoughtful, sensitive, and yet truthful in his advice.  He never got annoyed with anybody’s challenges, and handled a case of stubbornness with the grace of a ballerina.  He’s where he needs to be in a fluid way that comes off as natural.

Jack (Bronis-Level I Online) did a wonderful job of promoting respect, opening up, and making us feel valued as a beginning actor. Prior to class, I was feeling uneasy but that quickly ended and I felt like I belonged exactly where I was.

Jack (Bronis - Level 1) was amazing and everything I needed in an instructor. So incredibly grateful for his expertise and the safe place he created for us to learn and grow. 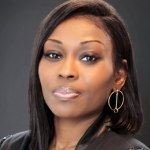 Jack (Jack Bronis - Level 1) gently pushed me out of my comfort zone. His direction was always on point. I loved this class; the lessons, the principals, the foundation and the intention was always crystal clear. 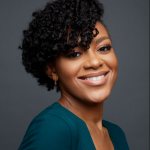 Jack (Bronis, Level 1) is fun, helpful, smart, talented and provides great feedback while allowing students breathing room to express themselves. It's a very welcoming environment and it's clear Jack loves what he does. 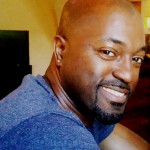 "Jack Bronis for Level 1 Shurtleff is great at giving balanced feedback as well as helping students to discover rather than telling them what to do.  Jack is fun and engaging.  He knows how to direct and encourage "newbies" like me."